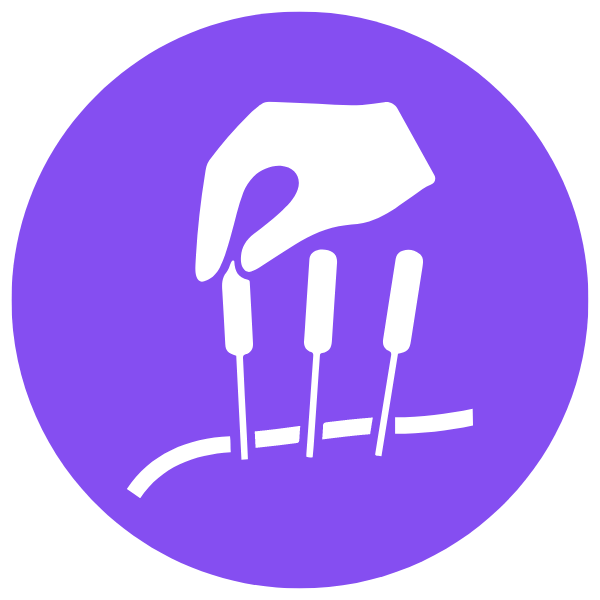 Bell’s palsy or “Deviated mouth and eye” in Traditional Chinese Medicine (TCM) is one of the most common disorders affecting the facial nerves, resulting in weakness or paralysis on one side of the face.

What is Bell’s palsy

Bell’s palsy or “Deviated mouth and eye” in Traditional Chinese Medicine (TCM) is one of the most common disorders affecting the facial nerves, resulting in weakness or paralysis on one side of the face. The paralysis causes distortion of the face and interferes with normal functions, such as closing the eye, eating and drinking. How does Bell’s palsy occur according to TCM

In TCM, the diagnosis for Bell’s palsy is due to a “Wind” factor. This “Wind” attacks the meridian channels of the face which are in charge of transporting Qi and blood to nourish the muscles in the face.  This is more likely to happen if you have an underlying Qi (vital energy) deficiency.

The “Wind” factor can be further catagorised into 2 specific types – Wind-cold and Wind-heat.  Following an invasion of Wind-cold from cold weather or prolonged exposure to aircon, this can lead to constriction of facial vessels, causing stagnation of blood and lymph circulation, resulting in edema of the face. Whereas Wind-heat invasion often results in fever or sore throat and may be accompanied with ear distention and pain.

How acupuncture can help with Bell’s palsy

Acupuncture therapy is widely used for the treatment of Bell’s palsy in China and throughout the world.

It involves inflammation of 7th cranial nerve affecting regions of the stylomastoid foramen or the facial canal. This corresponds to the ancient TCM as Yang Ming and Shao Yang channel obstruction.

The initial treatment goal is to expel Wind in these meridians. By stimulating the localised area of facial muscles, acupuncture can restore the movement to facial muscles by invigorating Qi and promoting blood circulation to the face.

Consistent acupuncture treatment of once to twice per week is recommended to expedite the paralysis and enhance nerve function recovery. Treatment for Bell’s palsy differs according to the 3 stages of the disease. The most important factor is to treat as early as possible as acupuncture is most effective in the initial acute stage.

Within 10 days from onset. In the initial stage, Wind-cold or Wind-heat first attacks the Shao Yang meridian which refers to San Jiao and Gallbladder meridians that runs along the sides of the face. Hence, acupoints on Shao Yang meridians will be selected accordingly.

More than 3 months from onset. Due to the long period time since the onset, the pathogenic factor has travelled deeper into the meridians, depleting the Qi and blood in the body, resulting in the lack of nourishment to the facial muscles. Symptoms are often complicated and can lead to facial muscle spasms and adhesion of connective tissues, resulting in permanent change in facial expressions. Local acupoints on the face as well as Zang organs acupoints are selected to treat the root cause.

A large-scale clinical trial that investigated the effects of acupuncture on Bell’s palsy indicated that acupuncture with stronger needle stimulation could be advantageous compared with non-stimulated acupuncture in the acute stage of Bell’s palsy.

Likewise, in another small treatment clinical group,  acupuncture group exhibited greater improvements in the Facial Disability Index and stiffness scale compared with the non-acupuncture group after 8 weeks. This shows that acupuncture had better therapeutic effects on the social and physical aspects of sequelae of Bell’s palsy.

When it comes to TCM acupuncture treatment, the essential element is to establish facial symmetry. Incomplete or late recovery can often result in social and physical disabilities. Therefore, it is crucial to treat early so that our TCM physicians can diagnose accordingly to improve blood circulation, control nerve inflammation and reduce edema of the face.

For consultation, book an appointment at Thomson Chinese Medicine at NUH Medical Centre.